Build Peace Of Mind & Stunning Looks Into Your Home

FRAMELESS GLASS
FOR ANY APPLICATION

ANY IMAGE YOU WANT & SPLASH BACKS IN ANY COLOR.

OPTIONAL EXTRA FOR YOUR STEAM ROOM OR SAUNA.

AVAILABLE IN A RANGE OF COLOURS AND COLOUR CHANGING OPTION

The Rasul spa treatment is an ancient Arabic bathing ritual that has become popular among spas. The treatment uses mineral-rich mud along with heat and steam. Some Rasul rooms are decorated in the Turkish Ottoman style to lend atmosphere and authenticity to the treatment. The cleansing ritual, or ceremony, is meant to be therapeutic in several ways. It targets all five senses; light and sound effects are used. People usually can take these treatments in groups. The Rasul spa treatment is based on an ancient ritual used by sultans in their harems. Medicinal mud from the Greek Isle of Limnos originally was used. It was called “terra sealilata.” This mud can no longer be used because its pH is too acidic. Today, the muds used in the ritual come from all over the world.

The Rasul Session runs for 30 minutes

The Rasul session is started while the mud is being applied. In the treatment’s first stage, you apply different-colored mud to various areas of the body in a thin layer. At this stage the lights remain on. The first stage runs for 5 minutes.

The lights automatically switch off after the first 5 minute stage. Steam is now filling the Rasul chamber and the temperature is slowly rising to a recommended 41 degrees Celsius. You stay in the chamber for 20 minutes and allow the mud to dry. As it dries, the mud is massaged on your body using a circular motion. This helps to exfoliate dead skin cells and to purportedly eliminate toxins.

After 20 minutes in the steam, you will be sprayed with an automatic showering system for 5 minutes. The treatment needs to remove as much mud as possible before you leave the chamber. This concludes the 30 minute Rasul session. You may take a second, optional shower.

After undergoing the treatment, you should rest for about 20 minutes. The best way to do this is by wearing a warm gown on a recliner. You need to use a good moisturizer and drink plenty of water. An extra heavy duty and robust GS08M iTouch steam generator manufactured in a white powder coated case, using top quality Teflon coated heating elements that when combined with additional electronics will give an even longer trouble free working life. All generators feature an auto drain down with a self flushing cycle to dump the boiler contents in a controlled manner - at the end of each steaming session the generator will wait for a few minutes to allow the water to cool a little then the drain valve will open and after a short time the cold water inlet valve will open to give a period of continuous flushing and draining. Flushing and draining the boiler reduces the buildup of damaging lime scale, cooling the elements before the final drainage helps prolong their useful life. From cold all element banks operate for maximum power and rapid heating until the required temperature is reached, then all elements alternate on and off to gently maintain the temperature without large fluctuations saving energy and improving user comfort. Safety features include boil dry protection, thermal overload safety cut out and pressure relief valve. All of our GS08M iTouch steam generators feature our all new chrome finished steam nozzle with fragrance groove & a new magnetic descaler standard with the GS08M iTouch steam generator- Complete with installation instructions, 12 months guarantee for all parts (excluding elements). 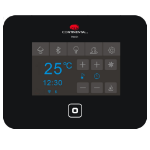 The all New iTouch Controller has a beautiful new refined design with a modern look and just 7.86mm thick with color touch screen and user friendly design! The iTouch Controller is fully water proof. All of the great functions included with the iTouch Controller are a touch away. Turn the lights on/off, increase or decrease the temperature, it’s now so much more convenient. Temperatures can be set from 25 to 68 degrees centigrade. The Rasul treatment duration is 30min. The all new iTouch Controller, Our best design yet! 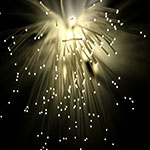 We custom manufacture and supply specialized aluminium ceilings for use inside Rasul chambers. Available in either Nero Gloss (black) or Bianco Gloss (white), our aluminium ceilings are strong, durable and finished in a beautiful high gloss surface. We also supply and install Fiber optic lighting which is the perfect addition for creating that under the stars sensation. Available in a range of colors and color changing option. 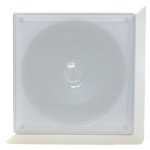 The Waterproof Ceiling Speaker is specially designed for Steam Room use and is fully water resistant.

We offer a full 1 year guarantee for all parts (excluding elements).

Add fiber optic lighting to get that under the stars sensation while bathing in your steam room.
Available in a range of colors and color changing option.

Some Of Our Clients Include